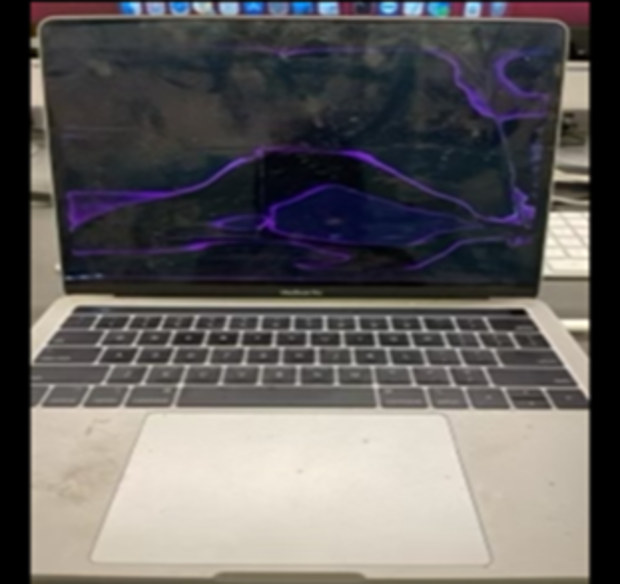 Data from a laptop that the lawyer for a Delaware computer repair shop owner says was left by Hunter Biden in 2019 – and which the shop owner later provided to the FBI under subpoena – shows no evidence of tampering or fabrication, according to an independent review commissioned by CBS News.

Brian Della Rocca, the lawyer for the shop owner, provided to CBS News what he called an “exact copy” of the laptop data provided to federal investigators nearly three years ago. Della Rocca said he considers it “clean” because it predates versions that were widely circulated by Republican operatives to attack then-candidate Joe Biden before the 2020 presidential election.

The independent analysis, by two cyber investigators from Minneapolis-based Computer Forensics Services, found no evidence that the user data had been modified, fabricated or tampered with. Nor did it find any new files originating after April 2019, when store records indicate Biden dropped it off for repair.

This digital forensic analysis was undertaken because the laptop data, as well as bank records, are at the center of the looming Republican-led House investigation into Biden family businesses.

Some other versions of the laptop data circulated later appeared to have had data added after April 2019, a sign they could have been tampered with, according to reports in other media outlets, including The Washington Post.

In a statement, an attorney for Hunter Biden said “there have been multiple attempts to hack, infect, distort, and peddle misinformation regarding Mr. Biden’s devices and data.” The attorney, Christopher Clark, said Hunter Biden’s team believes, “there are ongoing efforts to utilize the infected and distorted data to spread disinformation. At no time did any individual…have Mr. Biden’s consent to access his computer data or share it with others.”

After two years of scrutiny, the laptop has produced mountains of material about Hunter Biden’s personal struggles, and his foreign business ventures in Ukraine and with China. It has not produced direct evidence President Biden benefited from his son’s business dealings.

“There is such a vast amount of data that was accumulated over time that is personal in nature. Everything from pictures, to personal documents to photographs, and text messages, and and emails. And just the sheer volume of what we’re dealing with it would be difficult, if not impossible, to fabricate,” said Sean Lanterman, the company’s incident response director.

Lanterman said the data was accumulated over time in a manner “consistent with normal, everyday use of a computer.”

That everyday use of the laptop appears to have come to an abrupt halt in March 2019, according to the audit. That was a few weeks before the computer was brought in for repairs, apparently the result of liquid damage.

The audit turned up more than 120,000 emails, approximately 30,000 text messages, as well as pictures, video, personal forms of identification and voicemails from the user profile data.

“I have no doubt in my mind that this data was created by Hunter Biden, and that it came from a computer under Mr. Biden’s control,” he said.

When Republicans take the majority in the U.S. House of Representatives in January, they promise to focus their investigatory powers on Hunter Biden’s business deals. Republican Sen. Chuck Grassley alleged last month in a letter to the attorney general, FBI director and the Delaware U.S. attorney that Hunter Biden and the president’s brother James “profited from a $5 million wire from a company connected to CEFC (the Chinese Energy firm) in August of 2017.”

Republican lawmakers noted one particular May 2017 email that promises to be at the core of their congressional probe.

The email, with the subject line, “Expectations,” outlines a “provisional agreement” for “equity” in a deal with a Chinese energy company.

Two of Hunter’s former business partners, including Tony Bobulinski, who received the email, have told CBS News that “10 held by H for the big guy?” is shorthand for 10% held by Hunter for his father.

But when the email became public in 2020, the author, James Gilliar, told the Wall Street Journal that Joe Biden was not involved. Gilliar has not responded to CBS News’ questions.

Bobulinski had a falling out with Hunter Biden, and has been a critic of the president and his son. His appearance and interview on Fox News came on the heels of the initial reports in the New York Post about the laptop. While Republicans — including then-President Donald Trump and allies such as Steve Bannon and Rudy Giuliani — championed the newspaper’s reporting, then-candidate Joe Biden called it disinformation, and a “Russian plant.”

The president has also said that he has “never spoken to my son about his overseas business dealings.”

The White House declined to comment on the contents of the computer and claims made by Bobulinski..

“They’re going to look at every part of the Joe Biden administration,” said Republican strategist Doug Heye. “A lot of this is also going to be aggressive on Hunter specifically. We’re gonna hear a lot about the laptop.”

Heye said he expects Congressional investigations to look at “Who profited? Was the law broken? Was it not broken? Were there serious national security issues?”

“And then there’s the political, you can never really separate the two,” Heye said. “If there’s dirt there, that will dirty him up. If not, those attacks can backfire.”

Catherine Herridge is a senior investigative correspondent for CBS News covering national security and intelligence based in Washington, D.C.