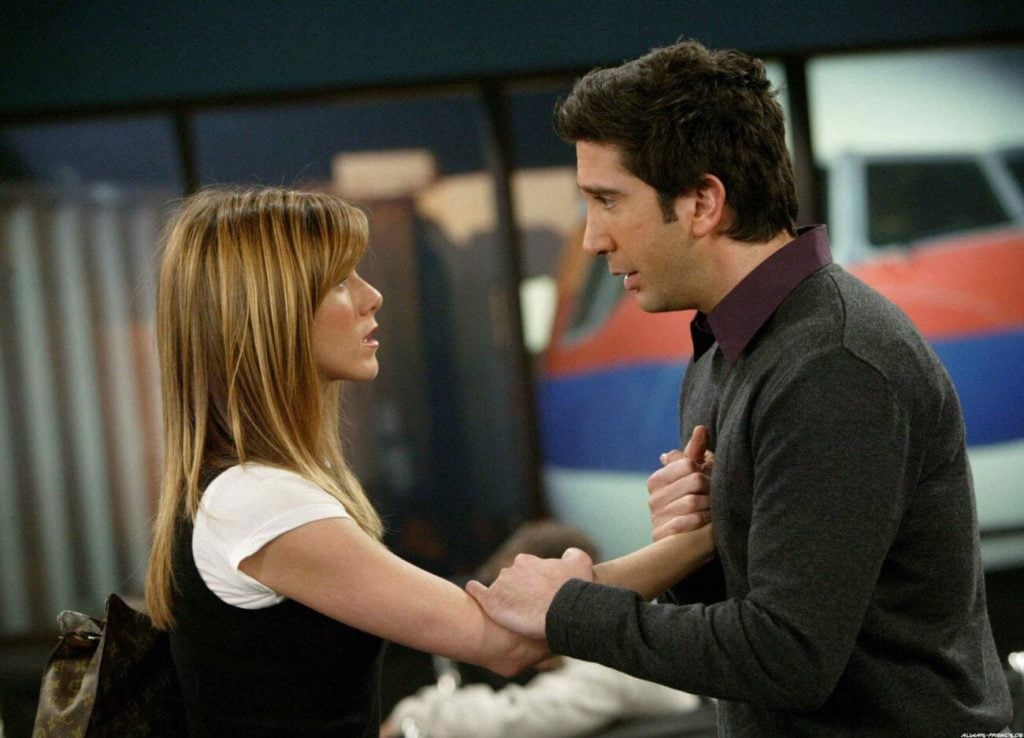 Love always wins. It has to; otherwise, what’s the point, right? Well, the truth is, it’s just a fairy tale for the kids and lonely people who need something to hang on to. That’s why there’s so much relationship drama on TV, which usually have a happy ending. Most of the time, we as viewers are rooting for the will-they-won’t-they couple simply because it’s fun. But have you ever watched a TV show or a movie with a romantic subplot and thought to yourself, “Those two would never even look at each other in real life!” Because I know I have.

Here are some on-screen couples who would have zero chance of ending up together in real life!

Let’s start off with a timeless classic. Both Rachel and Ross are super unhealthy for each other, and it shows every time they get back together from a break. Aside from being in a toxic relationship, Ross is a 5, while Rachel is a 10. That’s just silly.

The Big Bang Theory has given hope to all the nerdy boys around the world who were trying to chase their beautiful dream. Hopefully, not in a literal sense because stalking is a horrible way to start a relationship. Either way, what are the chances that a hottie like Penny would fall in love with someone like Leonard? Extremely low.

A loud, annoying, but moderately attractive nanny somehow ends up with a timid and sophisticated Broadway producer. In what world, I ask you? She would never even pass the initial interview, let alone be left in a mansion with the kids.

The post 9 On-Screen Couples Who Would Never Be Together In Real Life appeared first on Brain Berries.

What are the Delta 8 Flower & Its Potential Perks?